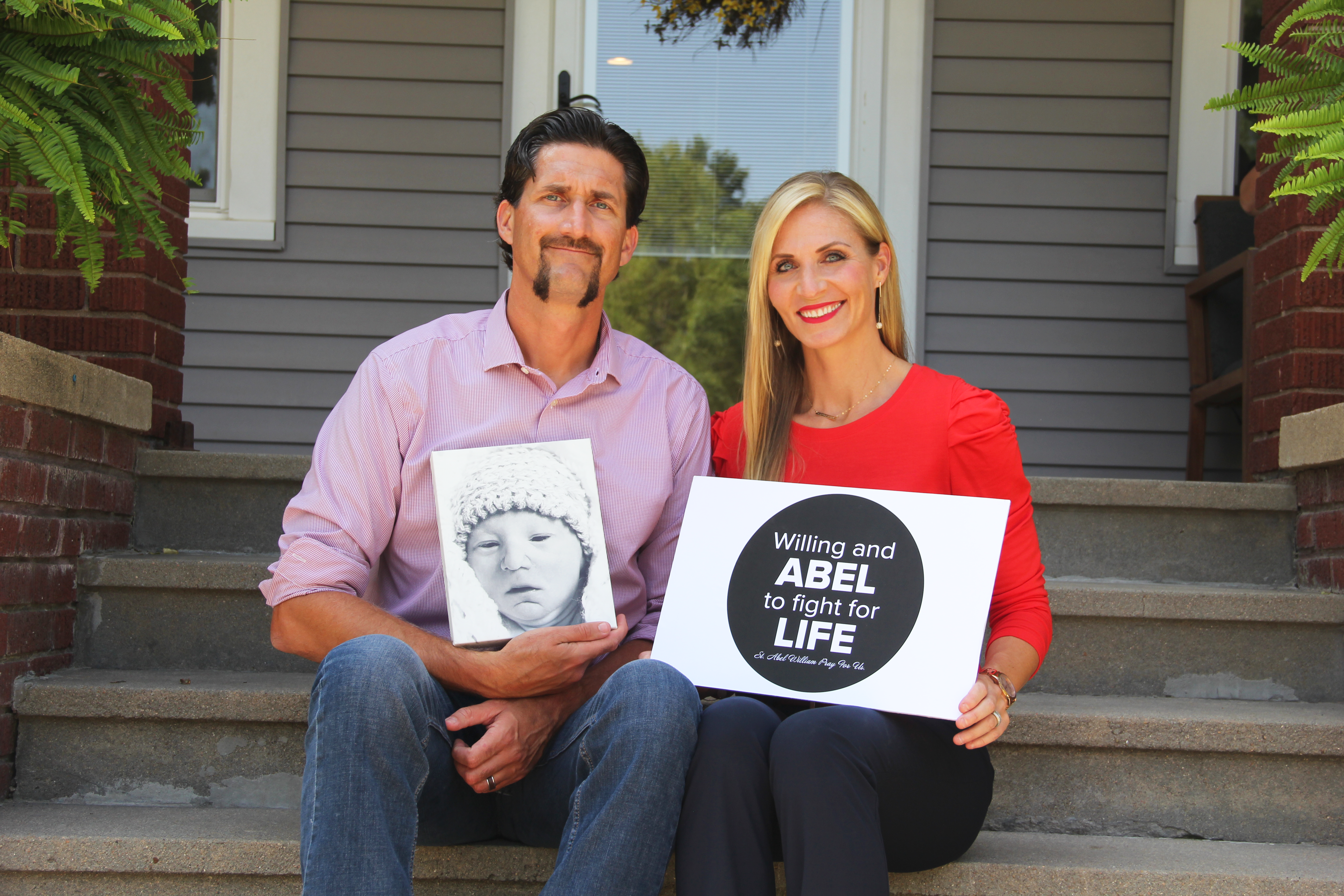 In 2017 when Jon and Cori Mooberry of Wahoo, NE, were expecting their sixth child, Abel, they received the devastating news that Abel was diagnosed with Potter sequence, a condition that is incompatible with life outside of the womb. “In many cases, babies like him (and those with other fatal conditions) are terminated. Allowing Abel to be carried to term and pass away naturally outside the womb after delivery reminded us all babies (and all humans) deserve to live their full life here on earth – however long God determines that will be,” Cori said.

Abel was born on January 11, 2018, and remained in his earthly home for two hours, allowing him to be baptized and confirmed prior to his passing.

Throughout the pregnancy with Abel, the Mooberrys, as well as their family and friends, prayed for a miracle. “After finding out about Abel’s diagnosis, we have never felt closer to Christ, as hard as it was. We hold on to how much of an impact Abel has had and will continue to have on our lives. He is bringing us closer to Christ,” Cori explained.

As devout Catholics, Jon and Cori’s faith strongly influences their beliefs about abortion and what God’s plan is for life on earth. Even though Abel’s time on earth was short, he has had the ability to impact many lives over the course of the past several years.

After Abel’s passing, the Mooberry family received an outpouring of financial support from family, friends, and others in the community to help them cover the cost of a funeral and burial. Through the incredible show of generosity, Jon and Cori found themselves with an abundance of money in Abel’s memorial fund – money they felt could best be utilized as a scholarship in Abel’s name at St. Wenceslaus Catholic School in Wahoo. It was at that point they contacted The Catholic Foundation of Southern Nebraska.

Cori Mooberry:  “The Catholic Foundation was a perfect fit and exactly what we needed to start this scholarship in honor of Abel. We find joy in the fact he is doing so much more good in Heaven than he would have been able to do on earth.”

“Abel is very much a big part of our family. When the kids draw pictures at school, he’s in there; they always say there are seven kids in our family.”

Cori adds that if anyone points out that the Mooberry children have six siblings, one of the boys is always quick to correct, stating that there are seven siblings, and that one of their brothers has passed. Abel is remembered every day.

Typically, there is one recipient of the Abel William Mooberry Memorial Scholarship each year. However, this past year, two winners were chosen for the scholarship due to a unique interaction that occurred. Over the summer, a student approached Cori at the local swimming pool and told her that he had participated in the scholarship essay writing in the spring. He asked her poignant and honest questions about Abel, and was curious about what had happened during those few precious hours that Abel remained on this earth. This touched Cori’s heart and, after discovering that this particular student happened to be the author of the runner-up essay, the Mooberry’s decided to award a second scholarship.

According to Mr. Michael Weiss, the principal of St. Wenceslaus Catholic School, “It is important to us that these kids are writing on something that is the core to our belief.” Weiss believes that the scholarship the Mooberrys started helps the students build a strong foundation for understanding the Catholic faith. Mr. Weiss also stated, “Everyone was praying for a miracle, but miracles are not always exactly what we think they are. Everyone wanted Abel to live, even though as soon as Abel left the womb he was supposed to die.”

The miracle in this instance was that Abel lived long enough after his birth that his entire family had the opportunity to meet him and spend a few precious hours with him before he passed. “When we pray, the miracle often comes in a different form than what we may want.”

What was the process of setting up the scholarship?

Cori Mooberry: “The process of setting up the scholarship was easy. We had a conversation about the details and learned about the different options so we could customize it the way we wanted. The donor advised fund worked well for us because we have the option to use the money to support different pro-life activities in the future, such as sponsoring a child to go to the pro-life march or sponsoring a bus to transport kids there. It allowed us to have freedom in how the fund would be used in the future.” 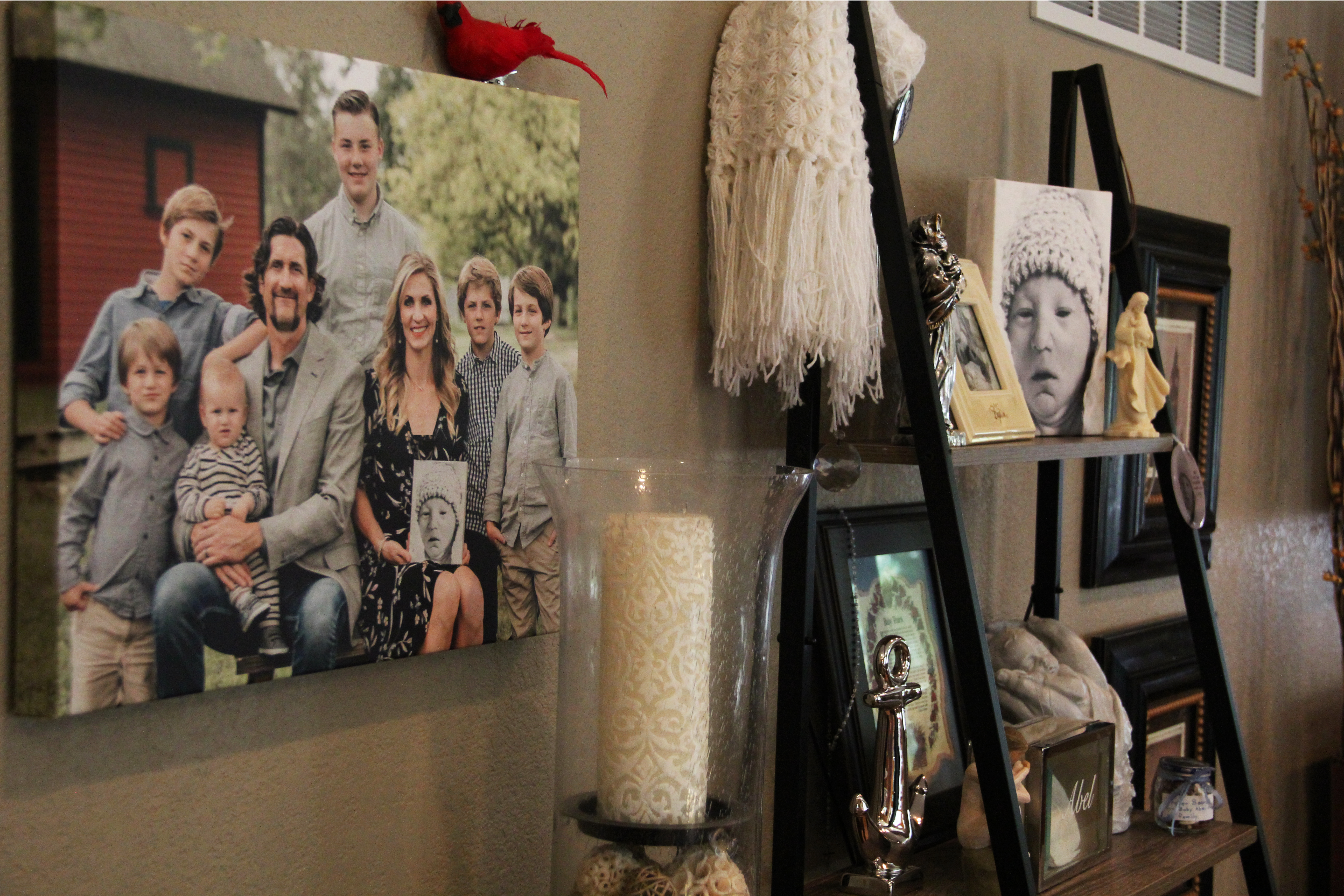 How has The Catholic Foundation helped you manage the scholarship?

Jon Mooberry: “The Catholic Foundation takes care of almost everything when it comes to the scholarship. The only thing we have to do is read the essays that were submitted and tell them (The Catholic Foundation of Southern Nebraska) who the winner is, and they take care of the entire administrative process, which makes working with them so easy. They handle everything with the utmost professionalism, and it gives us peace of mind knowing it is being done right.”

How did your faith influence your decision to work with The Catholic Foundation?

Jon Mooberry: “We like how we know The Catholic Foundation supports what is related to our faith. It gives us a sense of peace knowing the money is being managed correctly and according to what we believe. Our interests are being taken into account, and our money isn’t funding anything outside of our beliefs; it is being taken care of by people we trust.”