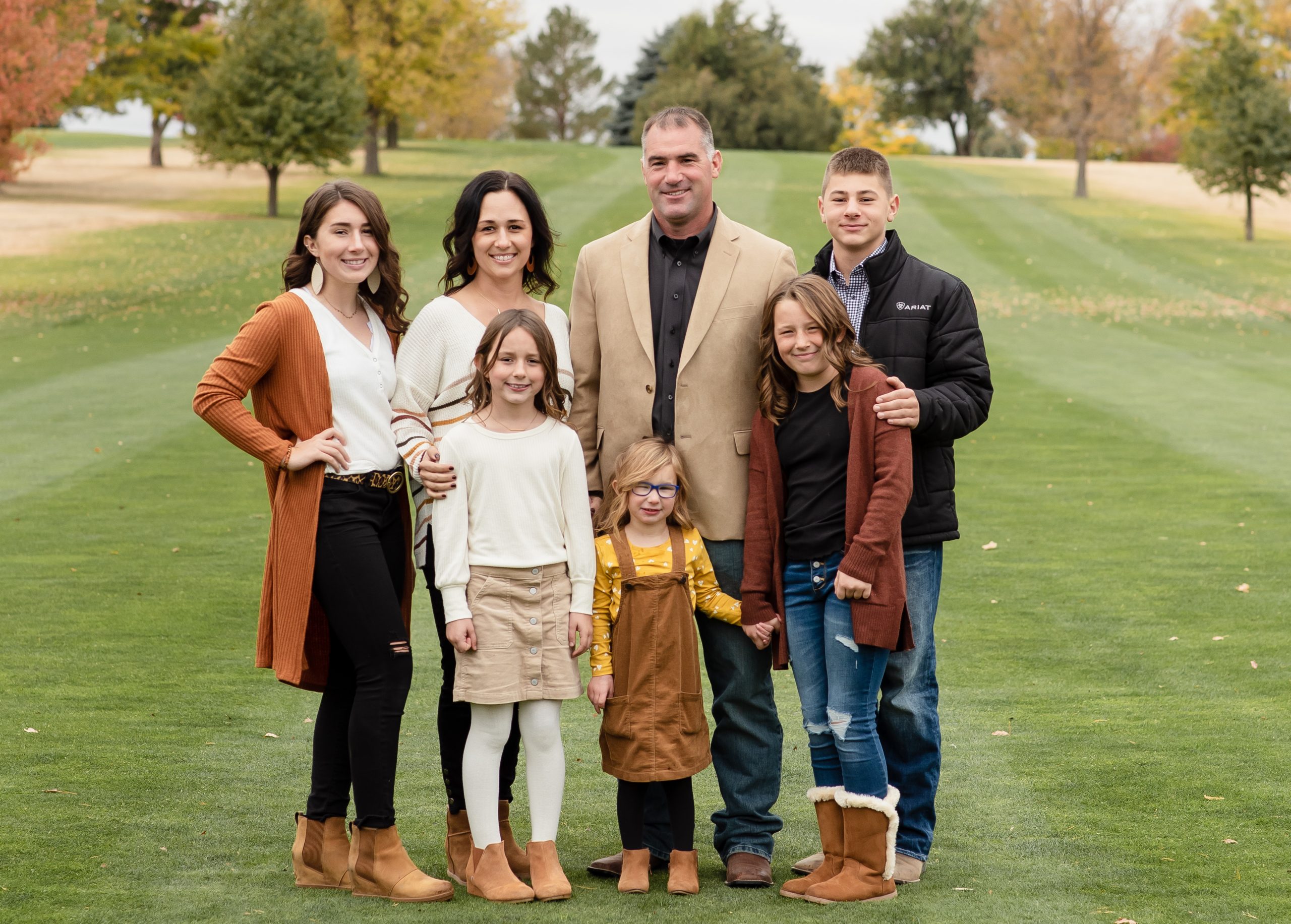 “It’s great to see everyone coming together like that. We’re all in this together – big state, same faith.” – Tom Terryberry, in reference to serving on The Catholic Foundation of Southern Nebraska Board of Directors.

Dan Reeves and Tom Terryberry are both farmers in Imperial, NE, who worked together to create two endowment funds for their local parish, St. Patricks Catholic Church. Dan and his wife, Tiffany, have five children ranging in age from 5 to 16. Tom and his wife, Nancy, have six grown children and 22 grandchildren (and counting!) spread out between Imperial, Lincoln, and Omaha.

The two funds the gentlemen created include a general endowment, St. Patrick Endowment – Imperial, to assist with the present and future needs of their growing parish, as well as a donor designated fund, St. Patrick Imperial New Construction Fund, which is dedicated to providing monies needed for updates to the church, including the addition of new halls, or potentially, the construction of an entirely new building. Both Reeves and Terryberry opted to set up the building fund alongside the general endowment because, as Dan said, “There are still some people who like to have control of where their donation goes. This gives people the ability to know exactly where their money is going, and how it helps their parish.”

Dan Reeves: “The goal in mind is if someone is looking to do estate planning, the blueprint is already there.”

Dan and Tom had several goals in mind when they began to work with The Catholic Foundation of Southern Nebraska to set up the funds for their parish.  With an understanding of what endowments can offer down the road, they decided to gather funds to establish a general endowment for St. Patrick Church. Both felt it was important to have an endowment that  would provide annual investment earnings, allowing their parish to utilize the funds for various improvements or services so that the parishioners wouldn’t feel they “would have to go around with their hat out all the time.”

What was the process you went through to set up the fund with The Catholic Foundation?

Dan Reeves:  “The process was easy. We went to The Catholic Foundation and told them what we wanted to do, and they took everything from there! We worked to get some seed money together as a base for each fund, which happened very quickly. The Foundation came out and presented what these funds would do for the parish and how these funds would help, not only now, but also in the future. They have continued ongoing communication with our community and other communities which allows parishioners to stay informed about The Catholic Foundation and the types of funds that are available.”

What are the benefits of having this fund with The Catholic Foundation?

Tom Terryberry: “The Catholic Foundation is very professional and good at what they do. The moment we receive a donation or need help figuring out how to convert the assets donated into money, they are right alongside us walking us through the process. Through working with the Foundation, the parish is able to get the maximum return on various gifts and donations.”

Dan Reeves: “The Foundation is very conscientious about the intentions for a gift. Whenever someone donates a piece of property, the Foundation makes sure that the donor’s requests are taken into consideration.”

How did your faith influence the decision you made to work with The Catholic Foundation?

Both Reeves and Terryberry stated their Catholic faith has had a big influence on the decision they made to work with the Foundation. Tom stated, “For me, it is very important. Being on the Foundation’s board made me realize that things don’t just happen.”

For Reeves it has to do with what they can’t do on their own, stating: “We know we are called to look to the future of our church. We are called to give, and The Catholic Foundation offers us the ability to have premier avenues of giving with premier investment strategies that we couldn’t do for ourselves. Working with the Foundation, it is much easier and better than what we could do locally.”

What advice would you give to someone who is considering working with The Catholic Foundation?